Are you of legal drinking age?

Yes No
You must be at least 21 years old to enter.
ENTER WEBSITE WITHOUT EMAIL

We make whisky for those who challenge convention, refuse to be bound by tradition, and take risks in the pursuit of perfection. Alfred GIRAUD French Malt Whisky is the culmination of over 100 years of our family’s expertise as coopers and cellar masters at a renowned maison de cognac. Four generations of Giraud gentlemen have dedicated their lives to these exquisite spirits: Some crafted the raw material used to age them, some learned the intricacies of blending and aging eaux-de-vie, and others brought these creations to the world. This shared passion for innovation inspires us to craft artfully blended expressions that balance nature and human creativity.

Our uncompromising vision of creating spirits made with the highest levels of craftsmanship is brought to life in Alfred GIRAUD French Malt Whisky, where we use traditional methods to create something different: a French malt whisky. Translating our cognac knowledge, blending expertise, and dedication to craftsmanship into whisky results in a superb spirit that honors our family’s legacy, our patrimony, and French savoir-faire. The Giraud Way encompasses all aspects of whisky creation; we use our blending expertise, the latest technology, and the best raw materials available in France, including wood from our family’s forestry and rare former cognac casks, to create a whisky that is traditionally different.

The House of Giraud

The Giraud family has deep roots in French spirits.

Four generations perfected the art of cognac at a renowned maison de cognac, mastering production, blending, and aging the precious eaux-de-vie. Now, the fifth generation begins a new chapter for our family:

Three generations work side by side to make the country’s premier whisky using our deep knowledge of cognac and Scotch whisky, our expertise in blending, and our connections to the best casks and ingredients in France. The company is family owned and operated, so we are uncompromising in our pursuit of perfection. 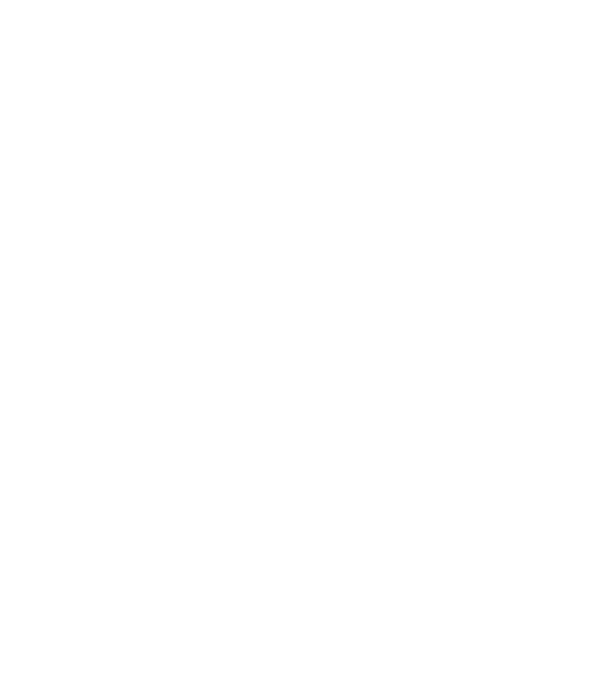 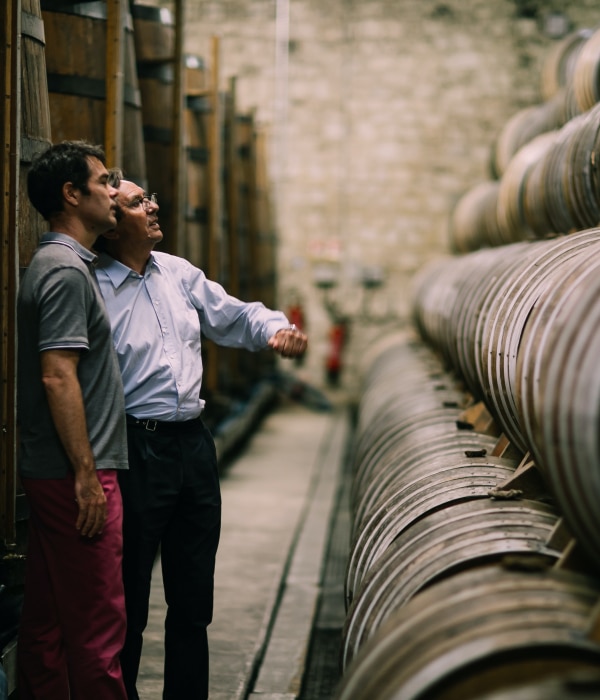 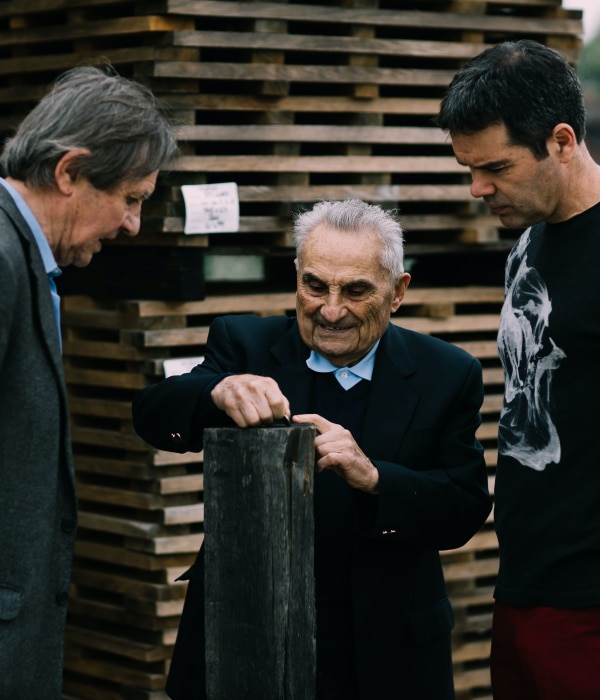 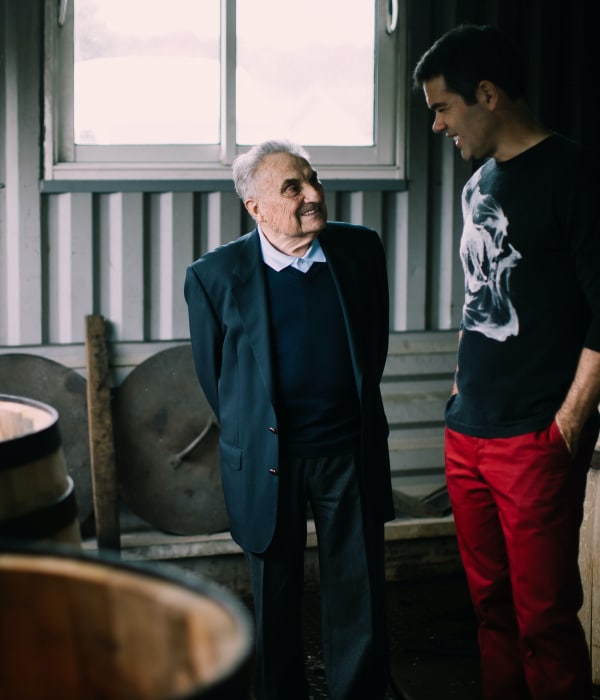 Each member of the Giraud family has a different area of expertise.

Read their unique stories below. 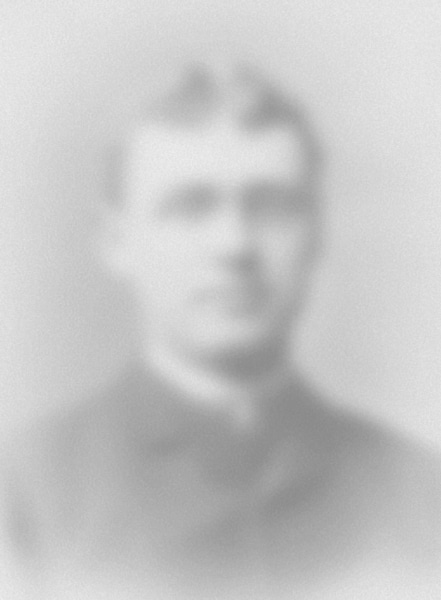 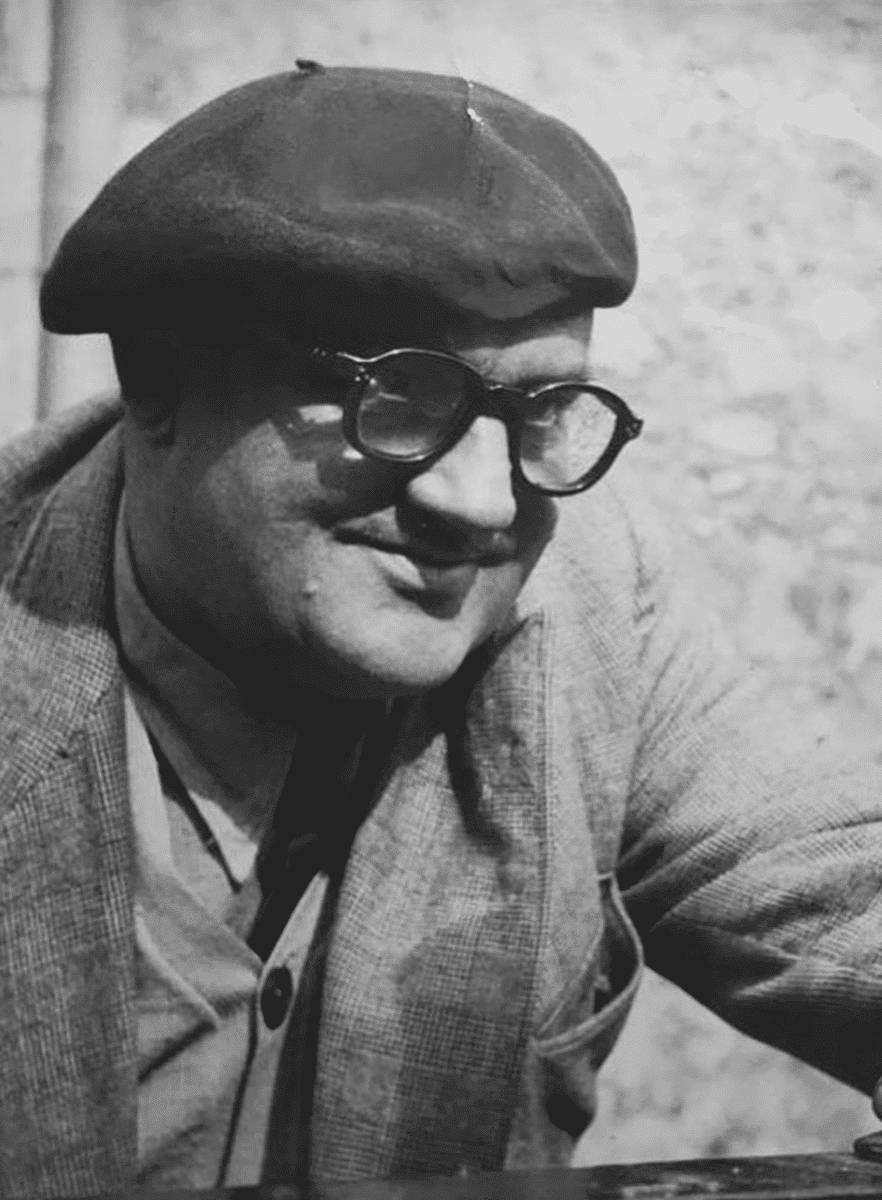 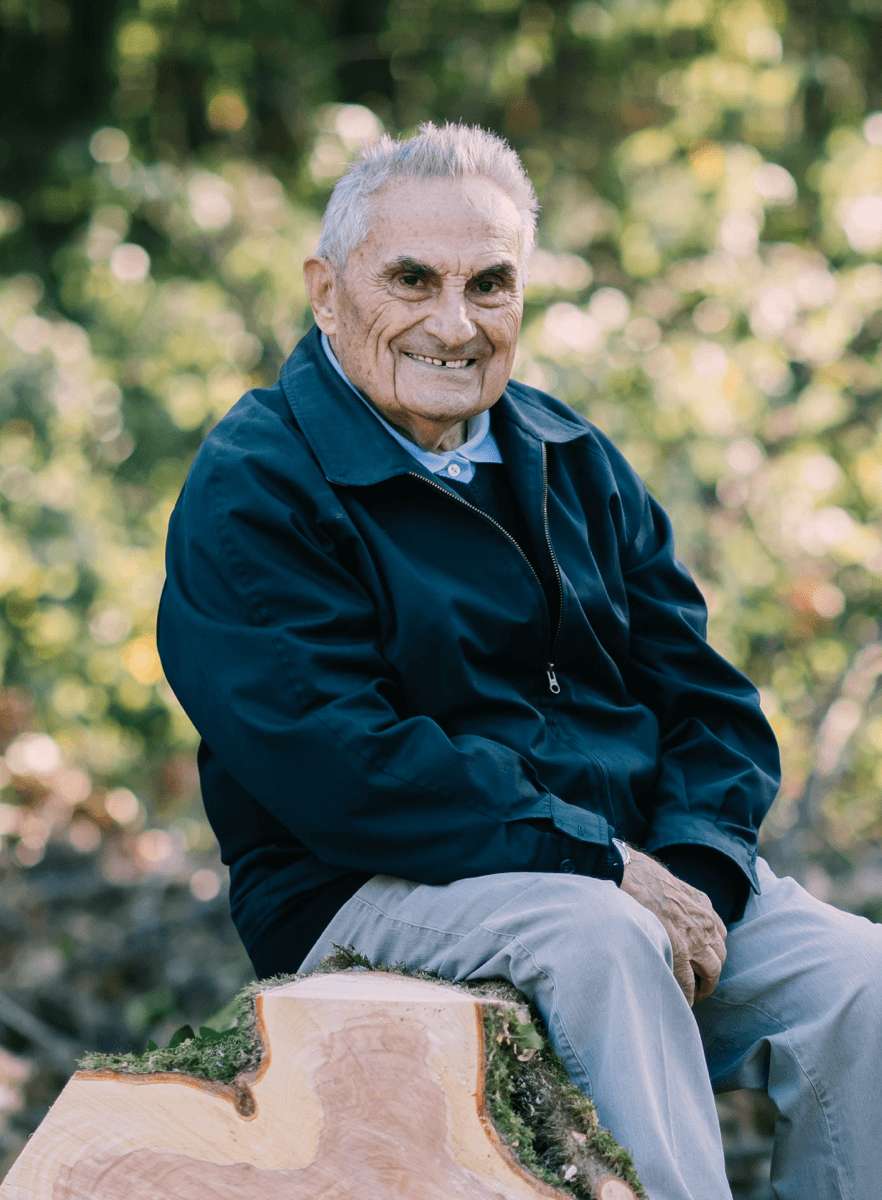 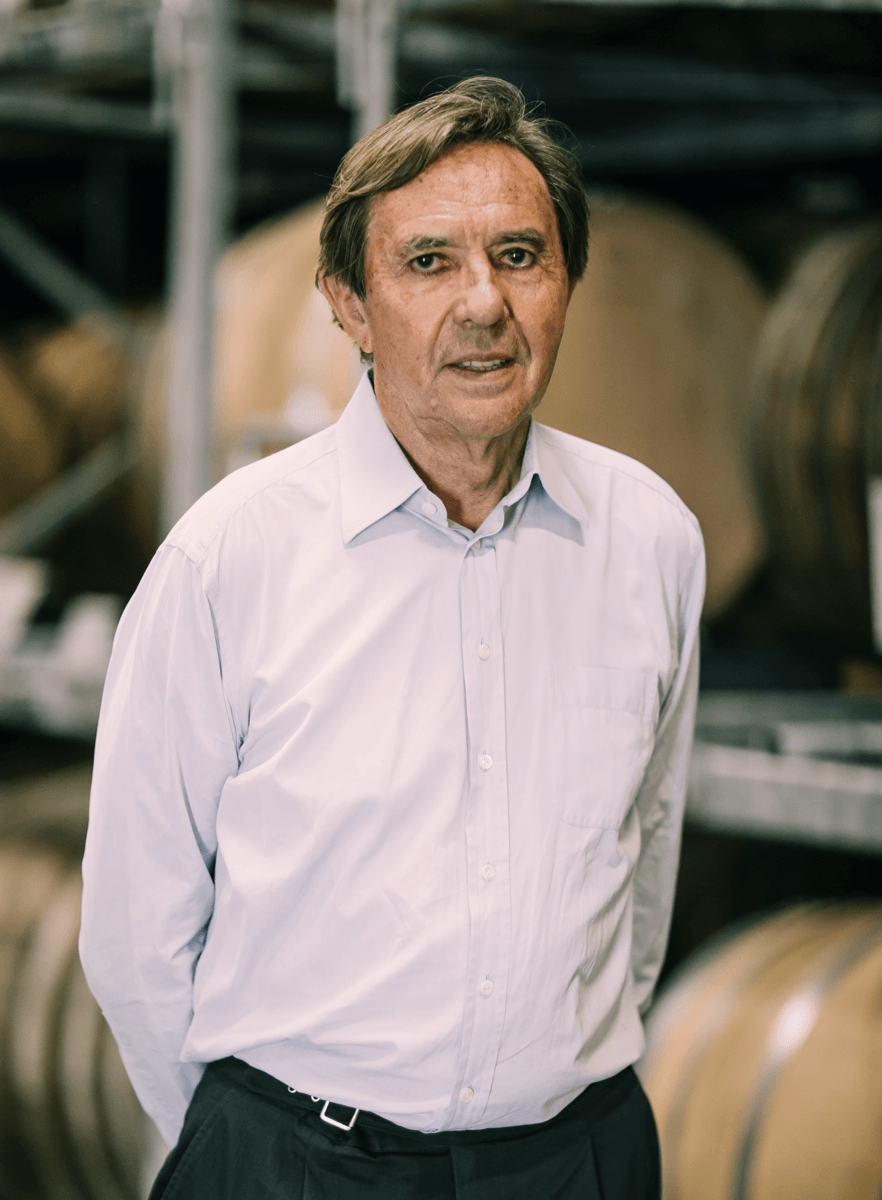 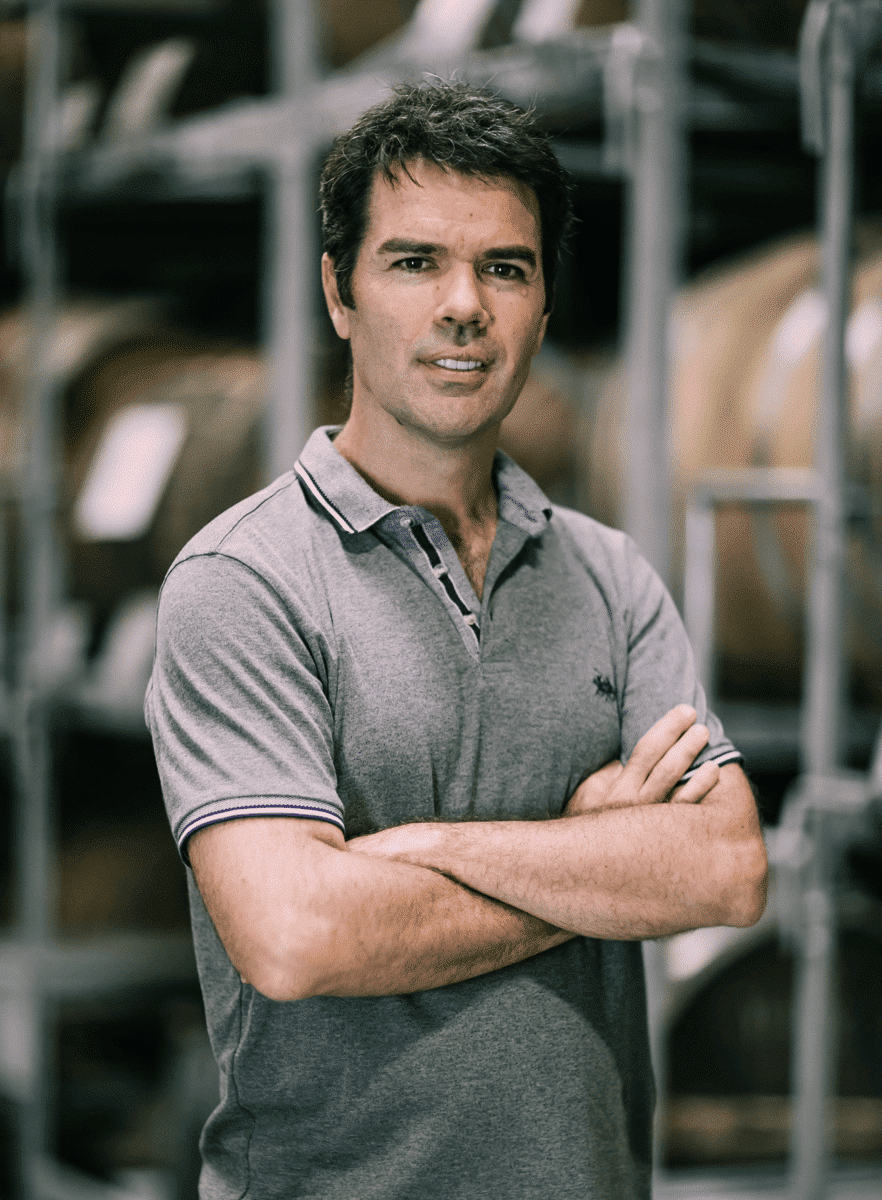 The family’s story began with Louis Giraud, who was born into a winemaking family but started a career in spirits. First, he worked at the Drouet cooperage, making casks for over 30 years before joining a maison de cognac in 1910. There, he became an expert in production, blending, and aging. Before his retirement, he trained his son, Alfred Giraud, beginning a family legacy that would last over 80 years.

Alfred Giraud worked alongside his father, Louis, at the Drouet cooperage and joined the maison de cognac with him in 1910. Alfred left the company to serve as a soldier for France in World War I, where he was captured by German soldiers and held as a prisoner of war until 1918. Upon his release at the end of the war, Alfred returned to the maison de cognac as cellar master, a position he would hold until retiring in 1954. He remained with the maison de cognac for six more years to train his son, André, who would become the cellar master in 1960. The whisky is named in his honor.

Following in his father and grandfather’s footsteps, André Giraud first trained as a cask maker before joining his father, Alfred, at the same maison de cognac in 1940. After his father retired, André became the new cellar master in 1960, and he oversaw a period of significant transition for the maison, championing the use of technology in the cognac cellars to improve production and quality. He held the position for 30 years, becoming one of the most respected cellar masters in Cognac. In 1990, André retired to Limousin, a region in France renowned for its forests. Today, he supplies wood for the new whisky casks from his family’s forestry operations and uses his extensive network to source rare casks for aging the whisky.

Jean-Pierre Giraud was the fourth generation to join the maison de cognac. He held several positions in the company, including Managing Director from 1986 to 1992. Then, he moved to Reims to become the President of a group of renowned champagne houses. After retiring, he embraced his entrepreneurial spirit, developing companies and co-founding Alfred GIRAUD French Malt Whisky with his son. Today, he serves as the company’s Production Director.

Philippe Giraud began a new chapter in the family’s history when he left France in 1995 to join a renowned producer of Scotch whisky. There, he developed a passion for whisky and a deep understanding of the business, which led him to found a spirits distribution company in 2004. Philippe continued to work with and appreciate fine whisky, ultimately deciding to combine his knowledge of the whisky business with his family’s cognac expertise to create a new legacy for the family, Alfred GIRAUD French Malt Whisky.

Our two master blenders have decades of experience, which they bring to Alfred GIRAUD French Malt Whisky. Together, they craft our unique whiskies by aging them in casks sourced from all over France until they achieve the perfect balance. 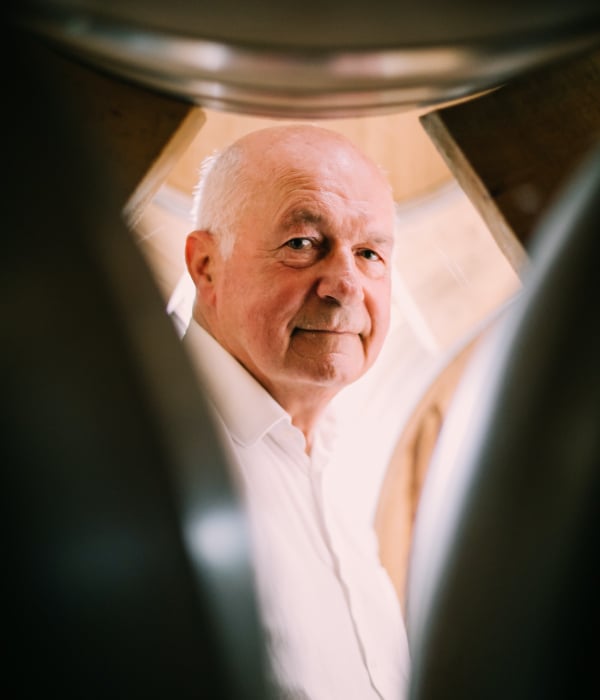 Co-master blender Georges Clot succeeded André Giraud as cellar master at the same maison de cognac, where he held the role for over a decade. Georges is a renowned master blender, and he brings his decades of expertise to Alfred GIRAUD French Malt Whisky, crafting new and unique blends that represent the elegance and finesse of France.

Gaetan Mariolle worked for the same renowned cognac house from 1986 to 1999, before joining the Giraud family business in 2003. He trained with Georges Clot for many years, learning the intricacies of blending and Georges’ approach to crafting whisky in the unique Giraud way. He was named co-master blender in 2020. 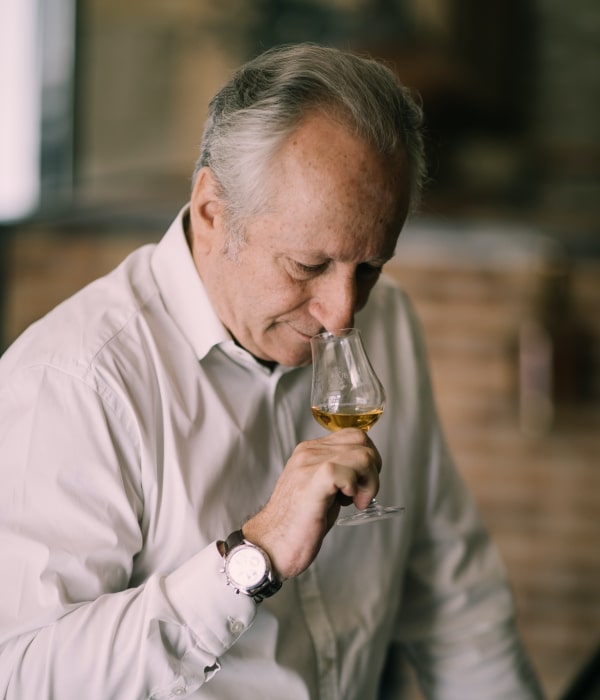 LEARN HOW WE CRAFT OUR WHISKIES

This website uses cookies so that we can provide you with the best user experience possible. Cookie information is stored in your browser and performs functions such as recognising you when you return to our website and helping our team to understand which sections of the website you find most interesting and useful.

Strictly Necessary Cookie should be enabled at all times so that we can save your preferences for cookie settings.

If you disable this cookie, we will not be able to save your preferences. This means that every time you visit this website you will need to enable or disable cookies again.